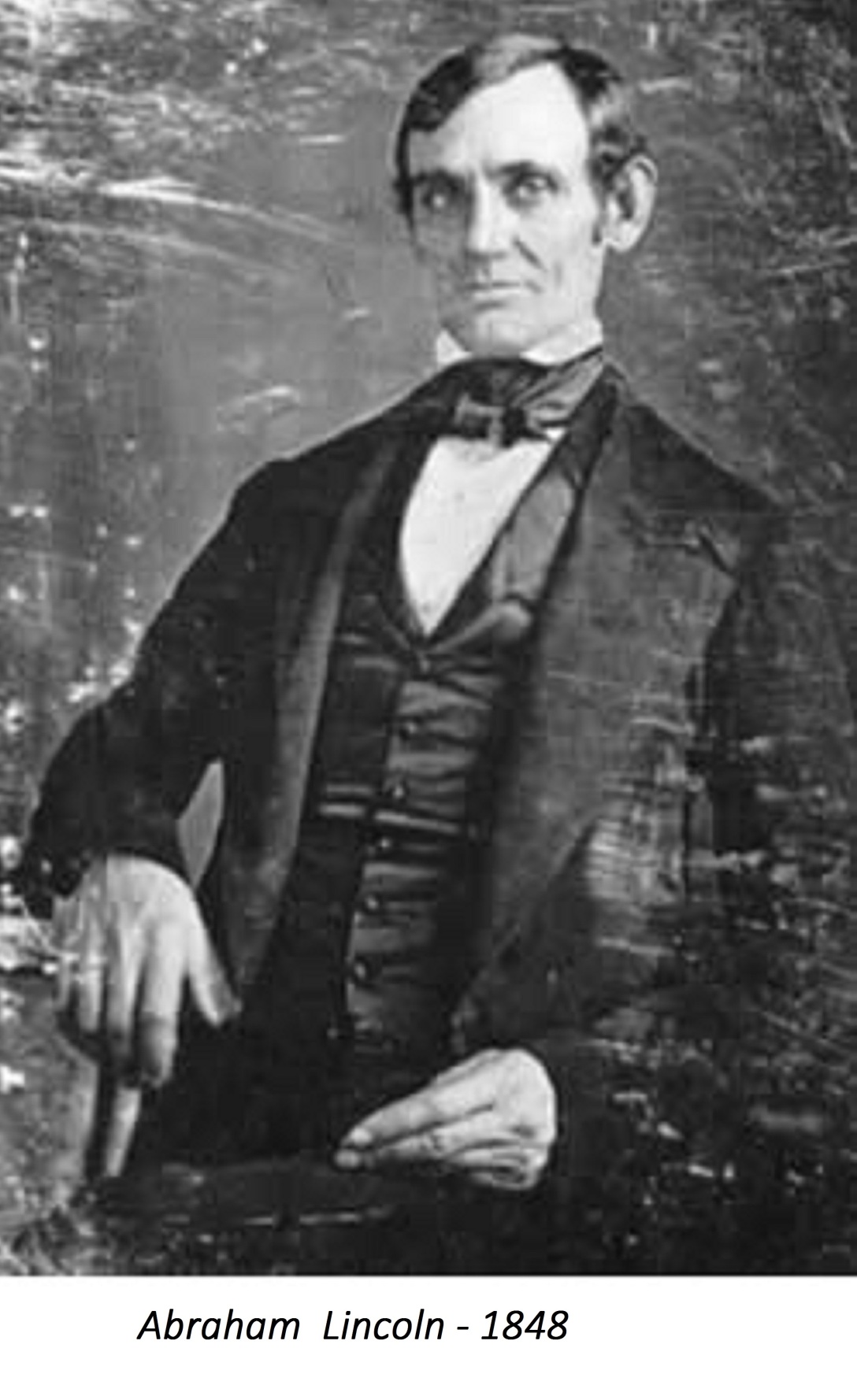 In September 1848, while Lincoln was in Congress, he ventured on a series of speaking engagements on behalf of the Whig presidential candidate Zachary Taylor in and around Boston. 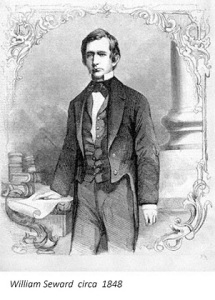 He was a political nobody, but late in his tour he met William Seward, former NYS governor, who would become U.S. Senator from NY the next year. They both gave speeches on September 22. Seward’s was aggressively anti-slavery (not just anti- Democrat). It was a pivotal meeting that informed Lincoln’s future thinking about the issue of slavery. They shared a hotel room in Worcester and according to Doris Kearns Goodwin, they talked most of the night. (Seward would become Lincoln’s Secretary of State – part of the “Team of Rivals” after he lost the Republican nomination for president to Lincoln in 1860.)

Seward had close ties with Thurlow Weed, editor of the “Albany Evening Journal” (a newspaper with a reach that extended far beyond Albany). Seward impressed upon Lincoln that on his trip back to Springfield, Ill. he had to visit Weed in Albany. (Weed was a political strategist and power broker of nationwide influence.) By 1848 he’d been a fixture in Albany for almost 30 years. 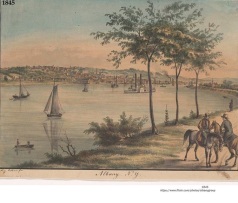 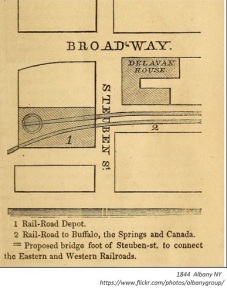 Since Lincoln would have to stop in Albany on his way home, Lincoln agreed. He and his family (Mary and their two children had accompanied him on his tour) would have made their way from the railroad station in Greenbush across the Hudson by ferry (there was no bridge in 1848) to Maiden Lane. It’s most probable that his family stayed at one of the two main hotels near the ferry landing – the Delavan House or Stanwix Hall. Both were located on Broadway – between State St. and Steuben St. and would have been suitable for children. 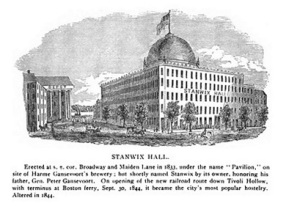 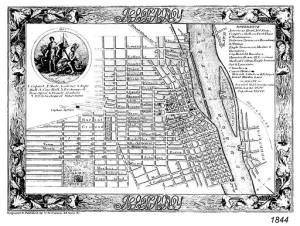 On his Lincoln’s way to visit Weed, if he looked south on Broadway, past State St., he would have seen the ruins of the Great Fire that had destroyed acres of Albany the previous month. 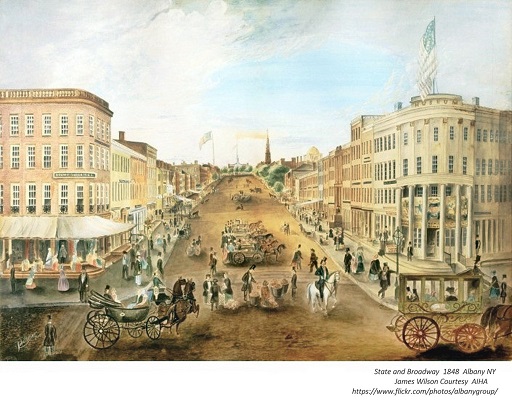 Lincoln appears to have found Weed in his newspaper office at 67 State St., just above James St. Weed then took him across the street to the State Hall (at the corner of State and Lodge) to meet Millard Fillmore (who was then NYS Comptroller). Fillmore was running as Taylor’s VP candidate, and would become President 2 years later upon Taylor’s death.

The meeting, by all accounts, was brief. But it gave all three men a chance to take each other’s measure. Weed and Fillmore were doing a favor for Seward – meeting a nothing burger Congressman from out west, but from a state that would become critical to the abolition movement. It gave Lincoln, a brilliant political strategist, an opportunity to meet two of the most prominent politicians of New York, a state that might be pivotal in any future endeavors. (Lincoln won NYS in 1860 by 50,000 votes – 7% – and it gave him about 20% of his electoral vote.)

Weed would become one of the founders of the Republican Party in the 1850s and a supporter of Seward in the 1860 election. He became a fixture in Washington and at the Lincoln White House, despite the fact that he and Mary Lincoln detested one another. Lincoln understood he had to stay in Weed’s good graces. (It was Weed and Seward who convinced Lincoln to donate a handwritten draft of the Emancipation Proclamation to be raffled at the Albany soldier’s relief bazaar in February 1864. That draft is in the permanent collection of the New York State Museum.)

Fillmore’s presidential policies in the 1850s contributed to the conflagration that became the Civil War. He continued to oppose Lincoln throughout his presidency and be critical of his War policies.

Fun Fillmore Factoid: In 1858, after his presidency, he would marry Caroline Macintosh, wealthy widow, in the parlor of the Schuyler Mansion (purchased by her first husband, a local railroad mogul, in the 1840s) .This was the same parlor in which Alexander Hamilton married Elizabeth Schuyler in 1780.