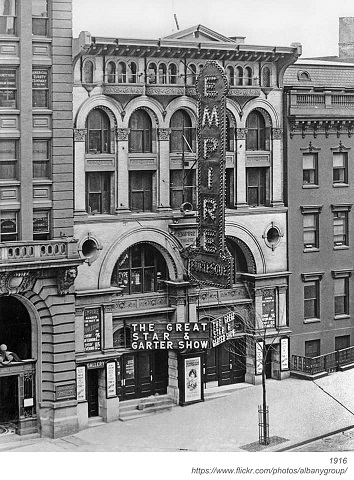 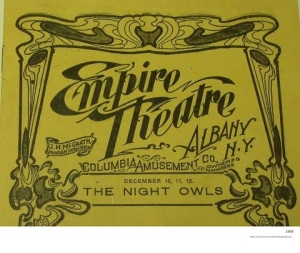 The Empire Theatre on State St., above South Pearl St. in the early part of the 20th century. 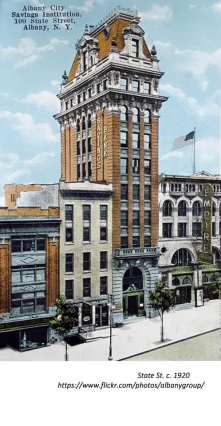 It was the biggest and most popular burlesque and vaudeville (but mostly burlesque) theater in Albany, from about 1900 to the early 1920s. 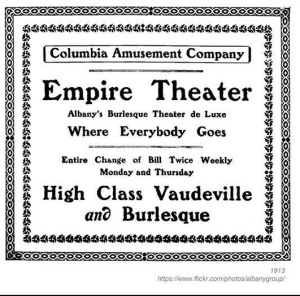 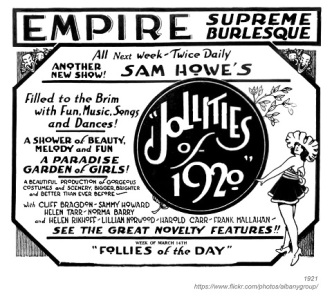 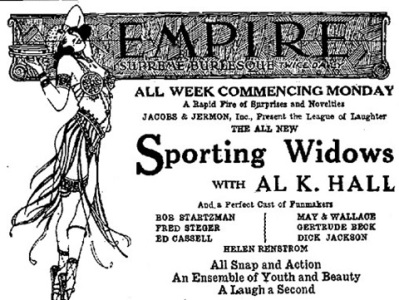 And it was one of the two theaters where you could see Yiddish Theatre. (The other was Harmanus Bleecker Hall – Albany Public Library is in that location today.) Albany had one of the largest Jewish populations in America in the late 1800s and early 1900s. Some estimates put it between 15% – 20% of the total population of the city.

By 1900 this large immigrant population came from eastern Europe (Poland, Rumania, Czechlosovakia) and Russia. But the immigrants shared a common cultural language – Yiddish. Large Yiddish theatre and opera companies came up to Albany from New York City at least once a month.
The early 20th century burlesque shows included beautiful girls, scantily clad, but mostly, like vaudeville, they were broad farce. (Not strippers.) You could still laugh at the slapstick and admire the beauty and dancing even if your ability to speak English was limited. And if you spoke English, so much the better. 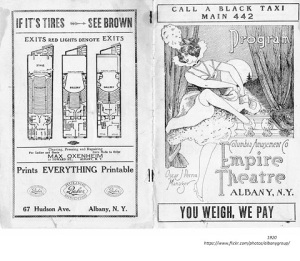 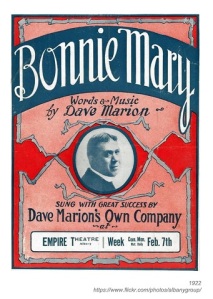 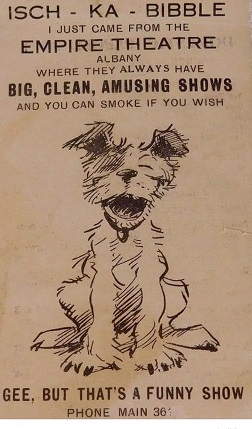 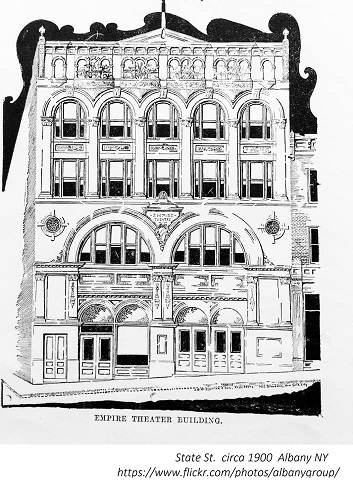 The Empire hosted huge stars. Before Fannie Brice became a Ziegfield Girl she came to Albany in “The College Girls”  And this is where she met and married her first husband, Frank White, an Albany barber. 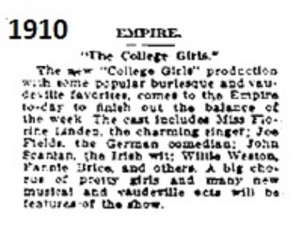 Another favorite was Mollie Williams, one of the most enterprising of all the stars of burlesque. She was one of few Jewish stars of burlesque. By 1912, when she was in her early 30s, she owned her own company, and produced her own shows, touring all of the Northeastern U.S. Even the women in the audience seemed to love her. 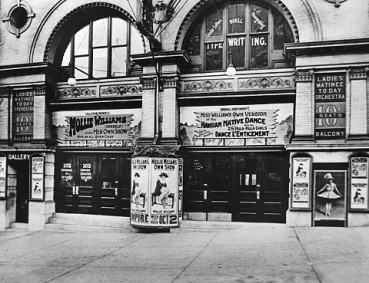 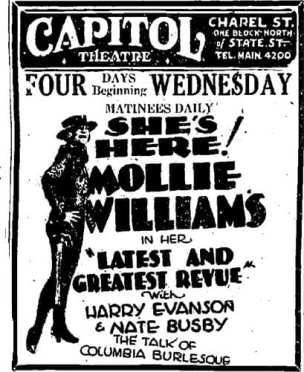 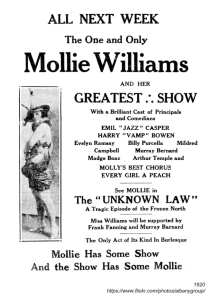 (After the Empire closed Mollie starred at the Capitol Theatre on Chapel St. In 1924 she became an American sweetheart. She included a skit in her act that championed raises for US. Post Office workers. They got the raise and when Mollie came to town they hosted parties in her honor. Mollie’s other dubious claim to fame – a very young vaudevillian, Milton Berle lost his virginity to her.)
The Empire closed in 1922. 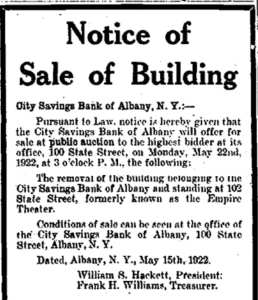