Lotteries were a big deal in America, even in the Colonial period. George Washington sponsored a lottery in 1768 to build the Cumberland Mountain Road. Ben Franklin and John Hancock sponsored lotteries to fund the Revolution.

In NYS, the Legislature sanctioned all sorts of lotteries in the late 1700s and early 1800s. The first NYS public lottery was held in 1746, designed to raise 3,375 pounds to fund the defense of NYC. There was the Literature Lottery and the Medical Science Lottery. Even the construction of the first NYS Capitol was funded, in part, through a lottery. There were lotteries for a fever hospital, widows and orphans and an historical society.

There was an Albany Land Lottery in 1826, authority given to the City to pay off debts incurred in making grants to The Lancaster School (the first “public” school in the City) and Albany Academy. But a year later most of the lotteries were amalgamated into the single NYS Consolidated lottery. And things got ugly about payoffs, payouts and malfeasance of agents. Even Eliphalet Nott, founder of Union College, AND a lottery sponsor, was caught in the fray and charges flew.

By 1834 NYS ended public lotteries and banned private lotteries, That didn’t mean that people weren’t still buying Austrian, and French and Irish lotteries tickets for decades. But in the late 1800s, even the federal government got in the act and enacted laws that effectively ended all lotteries in the US.

Fast forward to 1966, when NYS once again sanctioned a State Lottery to fund education But not the lottery we know today. I am old enough to remember when you could only buy lottery tickets at banks (yup banks), and hotels and motels (go figure) and you had to provide your name and address and wait weeks to see if you won certain prizes. A far cry from buying a quik pik at Stewarts. 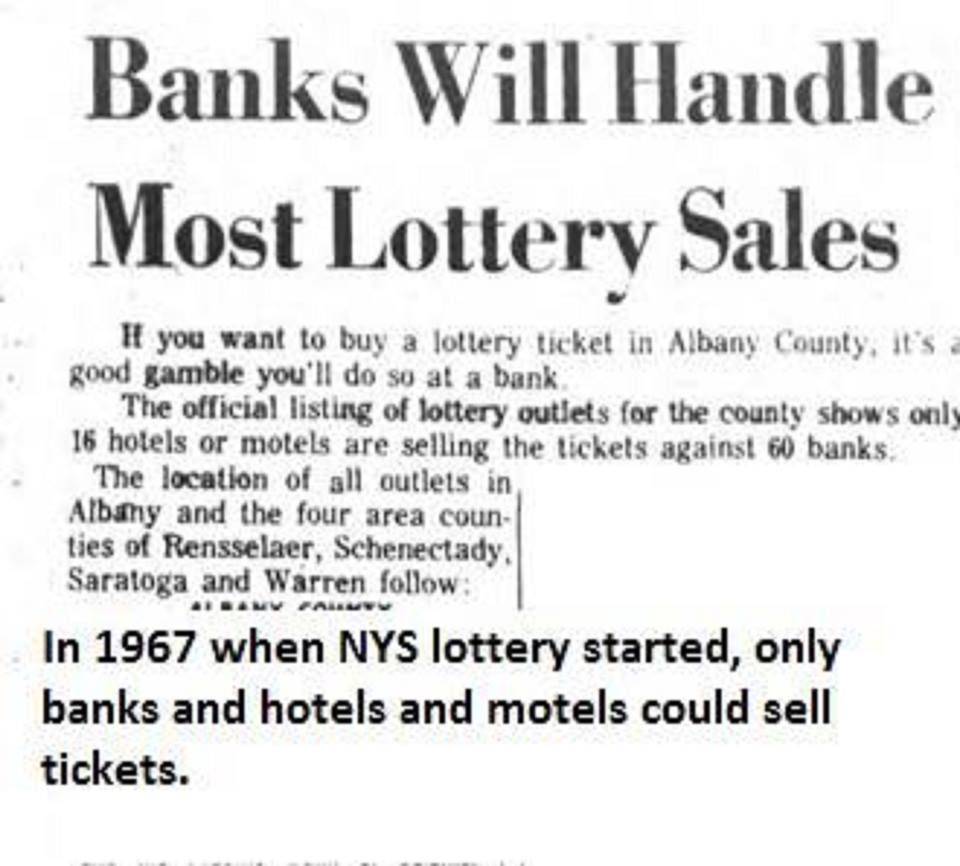 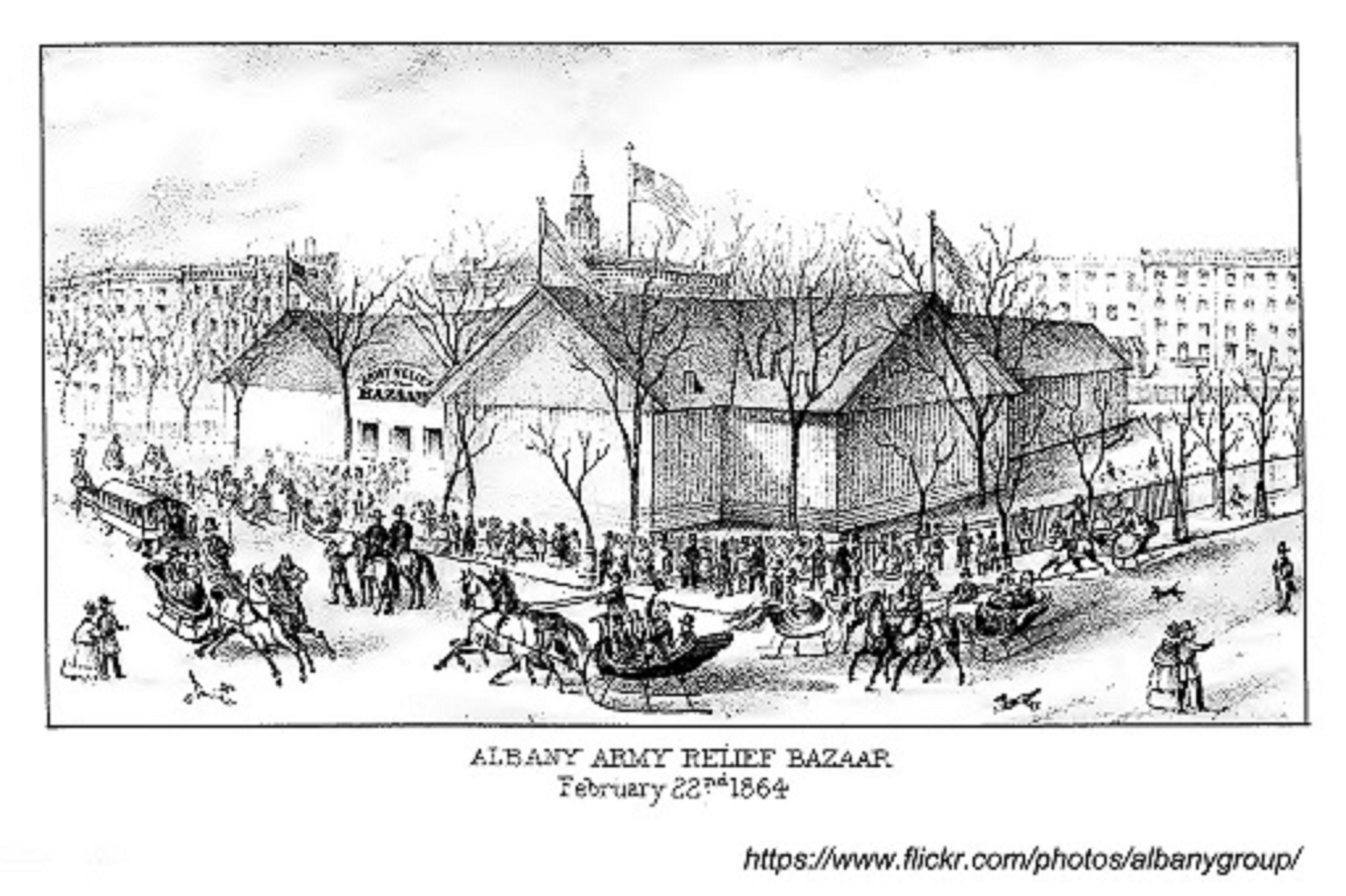 In February and March 1864, as the Civil War raged on, the Albany Army Relief Bazaar opened to raise money for the U.S. Sanitary Commission to aid sick and wounded Union soldiers. Stationary and field hospitals were nightmares; understaffed and with limited medical supplies and decent food.

While the leadership of the Commission was largely male, it was the women across the Union who did much of the work and fundraising. Fairs and bazaars were one way for the women on the home front to play a role. The first fair opened in Chicago in late 1863; others followed shortly thereafter.

The Albany Bazaar was held in a large temporary structure in Academy Park (about the size of a football field). There were such crowds each day, that although it was intended to close at February’s end, it continued into early March. It raised over $100,000 for the Sanitation Commission, a huge sum at the time. Everyone in Albany and surrounding towns (Kinderhook, Troy and Saratoga) pitched in, donating their time, services or goods. Behind the scenes there were carpentry, housekeeping, laundry and dish washing committees, comprised of people of little means who wanted to help. Before the Bazaar started, these committees raised nearly $500 out of their own pockets. In the lead up to opening there was a frenzy among the women of community- knitting, crocheting, quilting, lace making and basket weaving; no Victorian craft was left behind if it could sell at the Bazaar. Almost every merchant in Albany donated good and services; items ranged from hams to pianofortes. 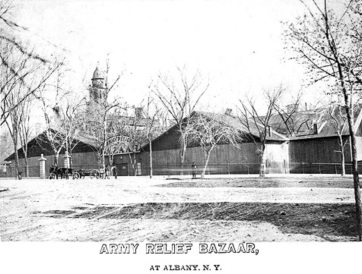 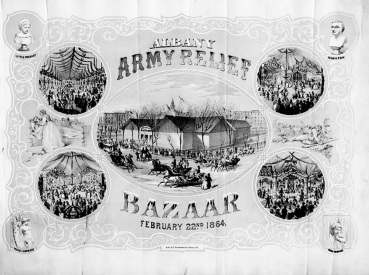 On opening day there was a wide array of booths – including English, Irish, Japanese, Swiss (each competing to raise the most money), exhibits and services, a dining room and even a post office selling special Bazaar stamps. These were staffed by volunteers, ranging from society women, to members of the Afro-American community to the Shakers. If there was any way possible to make money, the Bazaar did.. Local photographers took pictures that were sold to attendees. There were concerts, raffles and an art exhibit. The Bazaar even had its own newspaper, “The Canteen” (for sale, of course).

Offsite there were balls, banquets, and, my favorite, a “Grand Billiard Soiree”. And when the Bazaar closed even the decorations and the building were sold to raise more money.

But the high point of the Bazaar was a lottery for the first draft of the Emancipation Proclamation by Abraham Lincoln in his own hand. William Seward, then Secretary of State and former NYS governor and U.S. senator, persuaded Lincoln to donate. 5,000 tickets were sold at $1 each. The winner was Gerrit Smith, a well-known abolitionist and member of the lottery organizing committee, who donated it back to the U.S. Sanitary Commission. After a series of protracted high stakes negotiations following Lincoln’s death, the Proclamation was purchased for $1,000 by the NYS Legislature, with the proviso it remain in Albany. As a result of a fire in Chicago in 1871, the Albany Emancipation Proclamation is the only surviving Lincoln original. (Thankfully, it was rescued in the great Capitol fire of 1911.) 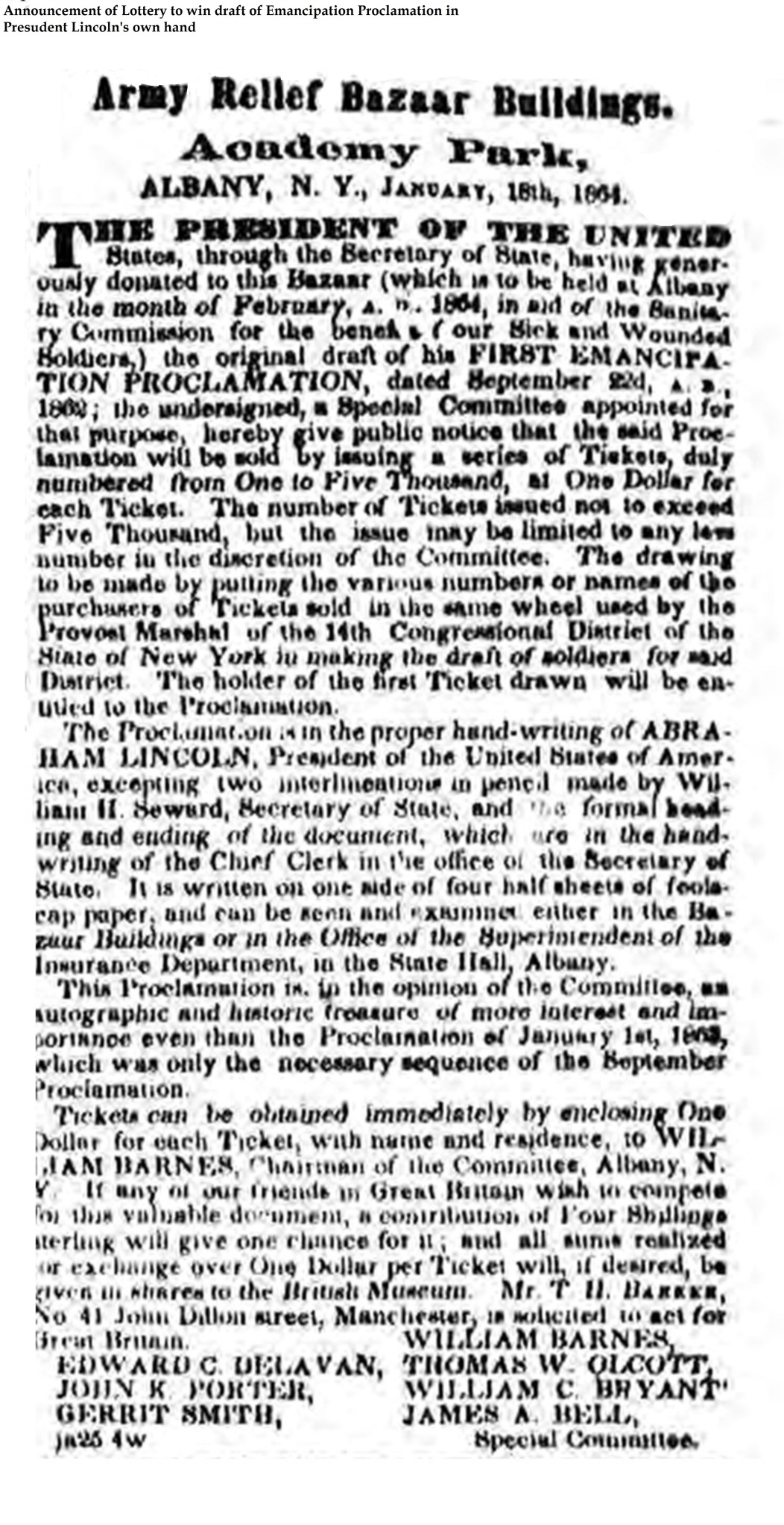