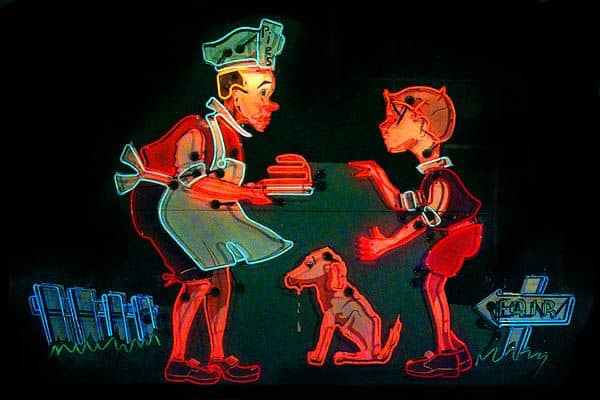 There are times when I yearn for Howard Johnson’s Fried Clams. Today is one of those days.
The first Hojo Restuarant in Albany opened on Central Ave. near Everett Rd. in 1939 with the classic nursery rhyme Simple Simon the Pieman on the sign. (You can still see the outlines of the original Hojo’s in the building that remains.)

How did Mr. Johnson’s restaurants survive and thrive in the Depression? A bit of a miracle, but a great sense of marketing and branding, consistency, quality food at a reasonable price and child friendly. (My personal theory is clean restrooms, as well.)
But World War II and rationing decimated the chain. Yet it re-built stronger than ever, with the growth of new turnpikes and thruways, adding motor lodges to the Hojo portfolio.

The next Hojo in Albany, with a motel, was built on Southern Blvd. near Exit 23 of the Thruway in the mid-1950s.
A standalone Howard Johnson restaurant became a centerpiece of Stuyvesant Plaza when it opened in 1959. Others followed in Latham on Route 7 and on Central Ave. in Colonie. 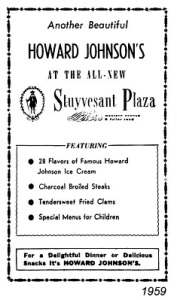 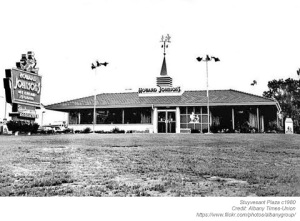 As competition among national and large regional restaurant chains increased Johnson upped the ante. In 1961 he hired Pierre Franey, chef at Le Pavillion, the premiere French restaurant in the U.S., and his sous chef, Jacque Pepin, to devise and test new recipes.
Fun fact: Pepin turned down offer to be White House chef under JFK at the same time. He worked for HoJo for about a decade.
The Howard Johnson brand thrived and grew. On weekend nights parking lots were packed.
Restaurants catered to families, the ladies who lunched, businessmen and tired travelers of all stripes – station wagons loaded with kids on summer vacations and traveling salesmen in suits.
Howard Johnson’s popularity began to tumble in the late 1970s. A series of acquisitions by venture capitalists and other motel chains diluted a brand already perceived as growing stale. The hotels remain, owned by Wyndam, but restaurants are gone.
Hard to say when the Albany restaurants disappeared. They were all closed by 2000.
The last one in the U.S., in Lake George (it made an appearance in the TV series “Mad Men”) was open on a limited basis, before the pandemic, last we heard. It still has an orange roof and a Simple Simon weathervane.
The last vestige of the  Central Ave. Howard Johnson’s , which became a Ground Round in the 1970s and into the early 1980s is a car dealership building. 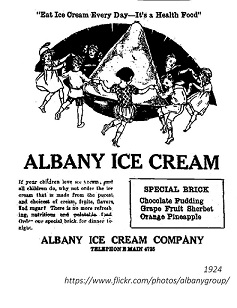 Ice cream has been around for ever – even B.C. Thomas Jefferson had his favorite ice cream recipe. Until the mid 1800s ice cream was purely a special, special home made treat. George Washington had a sweet tooth and bought ice cream molds and scoops and dropped $200 – over $5k today – on ice cream one hot summer. (NO false teeth jokes.)

By the 1850s ice cream saloons started to be a thing in Albany and it was one of the favorite desserts at fancy parties – on every caterers list. In the late 1800s improvements in refrigeration technology made the sale of ice cream in small grocery stores, pharmacies (soda fountains) and candy stores possible. Ice cream cones were supposedly invented at the 1904 St. Louis World’s Fair.

Then came 1920 and Prohibition.. people in Albany like those across the country substituted sweets for booze – All Hail the Ice Cream Soda!! (and the Eskimo Pie). The Depression saw a drop in nationwide consumption; innovative marketing solved that problem; Howard Johnson’s 28 flavors, Dixie Cups, Fudgicles and Drumsticks. But the areas surrounding Albany were dairy cow country; ice cream was always a thing. There were dairies in the the West End, Arbor Hill, Menands, the South End, Lark St., North Albany, Elm St. So. Swan and south of the city in New Scotland and Bethlehem. So many cows.

By the 1940s ice cream was the uniquely all-American treat. It was so American that Mussolini banned its sale. During World War II Coca Cola and ice cream fueled the military. General Eisenhower made sure both “cold comforts” were as close to combat troops as possible.

By the late 1940s, the summer drive in the family car to an ice cream stand started to become a thing around Albany and across the country. And then, through the magic of marketing (and Stewarts) ice cream became a not just for summer treat.

Here’s a look at the ice cream stores, factories, dairies and brands in Albany over the years. 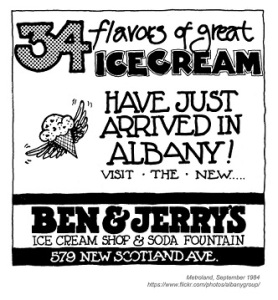 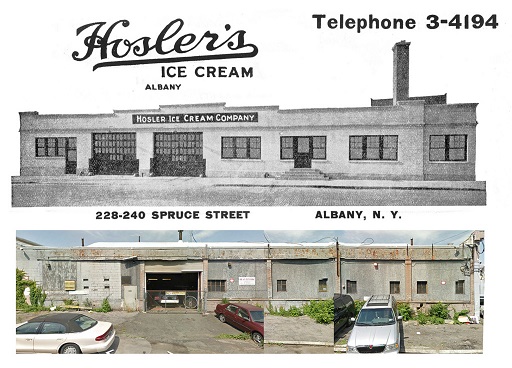 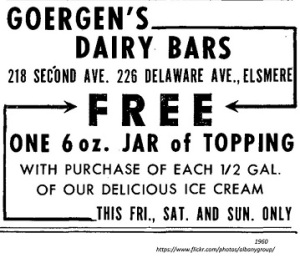 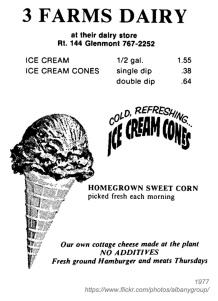 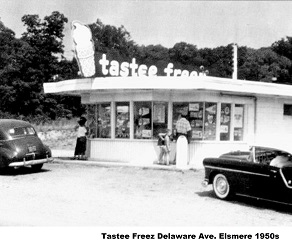 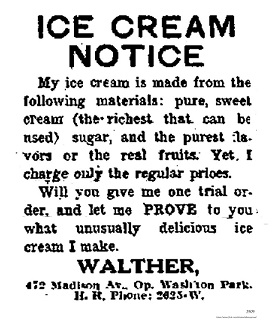 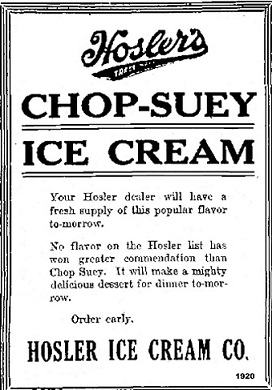 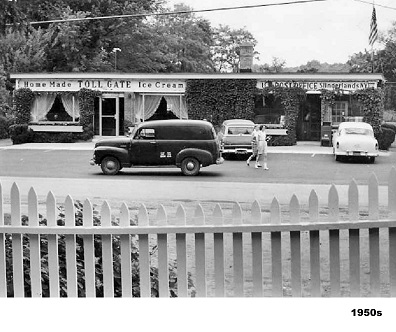