The assassination of Abraham Lincoln stunned the entire nation, but the events of that tragic night of April 14th had particular meaning for Albany, with repercussions for decades. When Lincoln’s funeral train made its stop in Albany and his coffin was carried to the State Capitol on April 26, many Albany residents were also consumed by other horrific events still unfolding in Washington D.C. as a result of that horrific night.

THE ATTEMPTED ASSASSINATION OF WILLIAM SEWARD

Often overlooked in history was the attempted assassination of William Seward, Secretary of State, that same April 14 evening when Lincoln was killed. Seward had deep connections in the Albany; he’d been a member of the NYS Assembly, 2 term NYS governor (he lived in the Kane Mansion  – the Schuyler Condos are located in that spot today), was elected U.S. Senator serving   over a decade until  he was appointed to Lincoln’s cabinet in 1861. Seward’s wife, Frances, attended the Troy Female Academy (Emma Willard) and had close ties with Albany Quakers and anti-slavery and women’s rights activists in Albany. His son Frederick attended high school in Albany and married Anna Wharton, daughter of a local druggist; for several years the couple live with the Wharton family on Hudson Ave in the 1850s while Frederick was the associate editor of the “Albany Evening Journal”.

John Wilkes Booth originally wanted to kidnap Lincoln. Having found no opportunity to abduct the President, Booth assigned conspirators to assassinate Seward and VP Andrew Johnson on the same night he intending on killing Lincoln.   Lewis Powell was dispatched to kill Seward in his bed (he was recuperating from an accident). Powell entered the Seward home on the pretext of delivering medicine, but was stopped by Frederick Seward.  Powell tried to shoot Frederick, but the gun misfired and Powell beat him severely around the head with the weapon. Powell then burst into the bedroom, jumped on the bed, and repeatedly stabbed William Seward in the face and neck..  A soldier guarding Seward wrestled Powell, but he was able to escape. The scene of the attempt was awash in blood.

(The plot to kill Vice President Johnson was abandoned.)

In total 4 members of the Seward family were injured.  His son Augustus and daughter Fanny suffered minor wounds.  Seward himself revived, but was significantly unwell for many months; he never fully recovered.  Frederick was severely injured, unconscious for days and lingered on the brink for at least a month – his wife Anna was distraught.  William Seward’s wife, Frances, disposed towards ill-health, died 2 months later of a heart attack, consumed by anxiety from the tragedies of that night. In Frederick’s 1915 biography he indicates that the physical and emotional wounds never healed for his family.

CLARA HARRIS AND HENRY RATHBONE AND THE LINCOLN ASSASSINATION 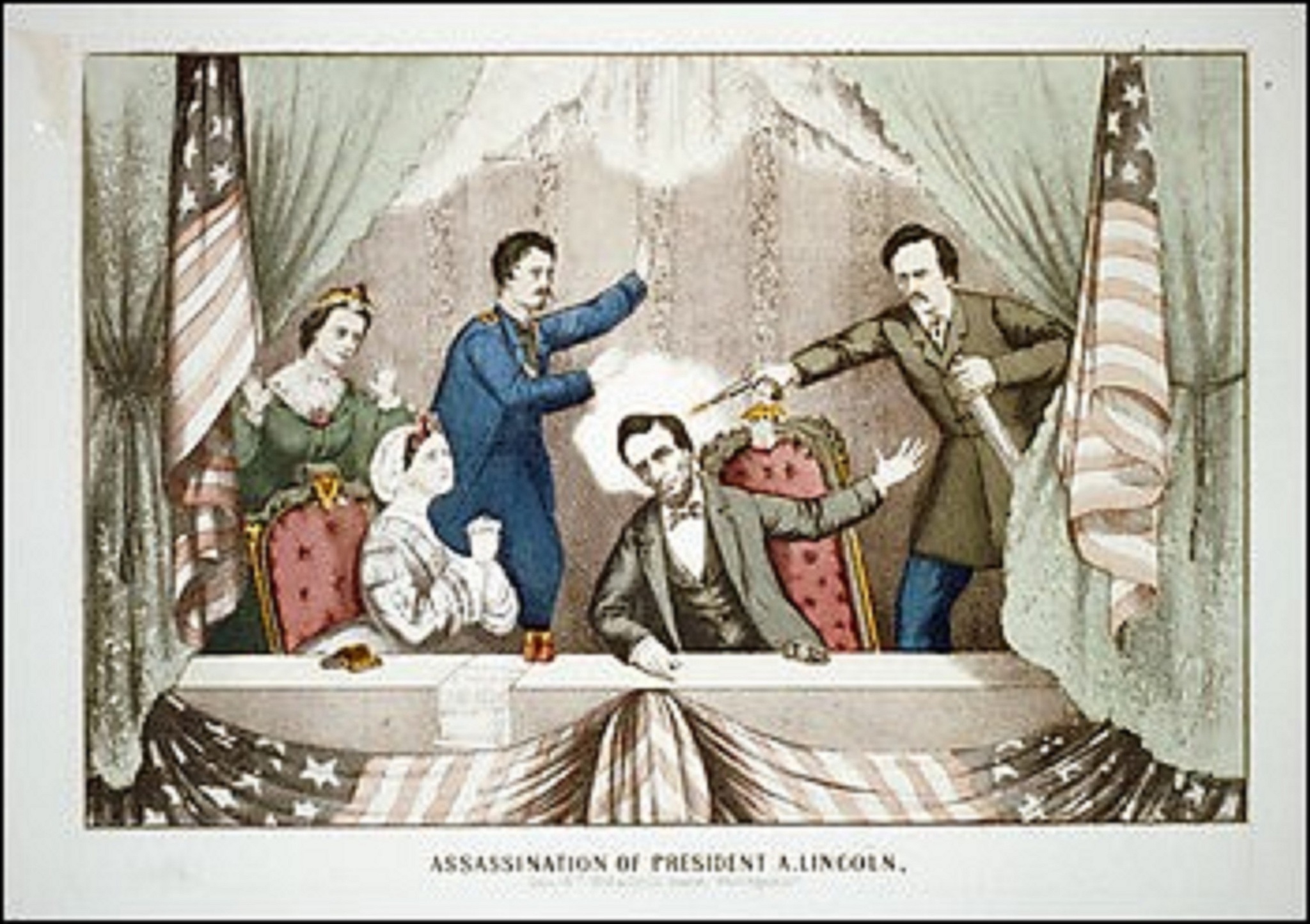 On April 14, 1865 Major. Henry Rathbone and his fiancée Clara Harris were in the presidential box in Ford’s Theatre when John Wilkes Booth shot Lincoln. The Major grappled with Booth, who stabbed him with a knife and escaped.

Rathbone and Harris were both from Albany (step brother and stepsister). Rathbone’s father, Jared, an enormously wealthy businessman and former mayor of Albany, died in the mid-1840s.  (Jared built the estate Kenwood which became the site of the Convent of the Sisters of the Sacred Heart.).  Within a month, Louisa, the wife of Assemblyman, Ira Harris, died.    Harris courted Pauline Rathbone and they were married 3 years later.  The families blended and moved into the Harris home at 28 Eagle St, just south of State St.  In  1861 Harris was elected   U.S. Senator, succeeding William H. Seward.  Upon his arrival in Washington D.C.   Harris became the ultimate nudge. Lincoln biographer Benjamin Thomas wrote that Harris  was among Lincoln’s “most frequent evening visitors”   The President once claimed that he looked underneath his bed each night to check if Senator Harris was there, seeking another patronage favor.  Harris was often accompanied on these visits by his daughter Clara, who became a close friend of May Lincoln.  Mary also was also partial to Clara’s fiancée, Henry Rathbone (despite being step brother and sister, love had come their way.)

After he was shot Lincoln was carried across the street to Petersen’s boarding house. Harris and Rathbone escorted a distraught and dazed Mary Lincoln to the house.  While Rathbone went into the room in which Lincoln lay dying, Mary was kept outside, with Clara at her side.  Rathbone finally passed out from loss of blood from his wound; Harris held Rathbone’s head in her lap. A surgeon realized Rathbone’s wound was more serious than initially thought. And he was taken home while Harris remained with Mrs. Lincoln.  Harris later stated:

“Poor Mrs. Lincoln, all through that dreadful night would look at me with horror & scream, ‘oh! my husband’s blood, my dear husband’s blood’ ..It was Henry’s blood (on Clara’s dress) not the president’s, but explanations were pointless.”

Rathbone and Harris married two years later and had three children. But the events of April 14 had effected Rathbone in terrible ways for the rest of his life. He had contracted several illness during the War that left him sick for months at a time, and a “debilitated constitution”. He continued have mysterious illnesses, as well as emotional outbursts and horrific headaches after the marriage. Clara became increasing fearful for herself and her children.  In 1882 he took his family and sister-in-law Louise on a trip to Germany. In December 1883, he killed Clara; attacking her with a pistol and dagger and then slashed himself, just as Booth had done to Lincoln and Rathbone. Rathbone barely survived and afterward contended there had been an intruder.  He was committed to an insane asylum until his death in 1911.   The children returned to America to the care of their uncle, William Harris in the wake of the horrific event which made international tabloid headlines.

WHAT ABOUT THE DRESS?

At some point upon Clara’s return to Albany she took the blood soaked dress to her family’s summer house “Loudon Cottage” in Loudonville, an Albany suburb, and buried it in the back of her closet. But when was asleep at night she insisted Lincoln’s voice emanated from the closet. Anniversaries of Lincoln’s death supposedly triggered spectral events for both Clara and others.  Clara bricked up the closet, but people in later years still claimed to have heard gunshots, seen a blood soaked young woman standing with Lincoln, and manifestations of the paranormal.

In 1910 the eldest son of Henry and Clara, Henry Riggs Rathbone, had the bricks removed and the burned the dress an attempt to rid the family of what he perceived as the dreaded curse.