77 years after Henry Hudson landed on our shores in 1609 Albany became a city. On July 22, 1686, the Royal Governor of the New York colony, Thomas Dongan (BTW..much has been made of the fact that he was an Irishman and a Catholic), granted the city of Albany a royal charter. The charter was crucial because it separated the City of Albany from the rest of the Patroon’s holdings (a/k/a Rensselaerwyck) and created its own identity. Charter provisions also fixed Albany’s boundaries, created a city government structure, and identified trading rights.

The first meeting of the new government was held on July 26, 1686 and Pieter Schuyler.. yes of the venerable Schuyler family, was the first mayor. Some historians say the fee for the Charter was $1,500 for Dongan and $120 for his Secretary – with payment of one beaver pelt per year to the English monarch. (We assume that debt was cancelled in 1776.)

We don’t know if the 100th birthday of Albany was celebrated in 1786 – our guess is yes.. and with more than a tipple or two. (Ben Franklin collected more than 200 words/phrases to describe having over indulged- colonial Americans drank all day, every day – from early in the morning until they went to bed.)

But by 1886, for our 200th birthday, we do know there was a citywide bicentennial bash that lasted an entire week. Public events included an immense illuminated parade with floats depicting the history of the City, Scottish games and a boat regatta, public concerts, grand orations, a military parade and fireworks. Visitors swarmed the City. 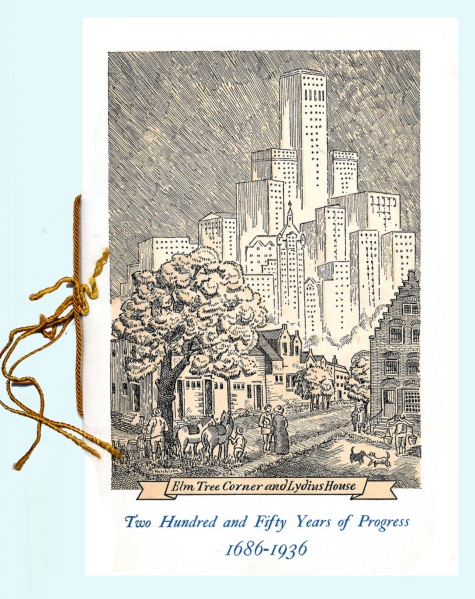 By 1936, there was a sense that Albany needed to do something to celebrate her 250th birthday. It was the middle of the Great Depression, and everyone needed a lift. Again there were massive citywide celebrations – a parade, a ball, concerts, church celebrations and a regatta. John Boyd Thacher, Mayor at the time, was the master of ceremonies, welcoming residents and visitors to the citywide festivities; he was everywhere and everyplace, it seems at the same time. His great uncle, John Boyd Thacher, had done the same when he was Mayor 100 years before during Albany’s Bicentennial. (We do like tradition in Albany.)

In 1986 when the City’s 300th birthday rolled around, we partied on and off for a year -had a parade, a regatta, a celebratory ball, tall ships, historical exhibits, a balloon fest in Washington Park and a riverfront festival with Mayor Tom Whalen at the helm.

Since this is the Big 330, enjoy these images from past celebrations and we suggest you lift a glass to the oldest continuously chartered in the United States. The Dongan Charter still rules.