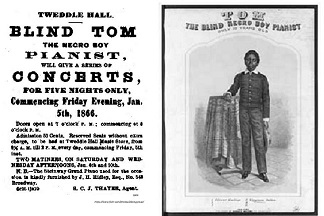 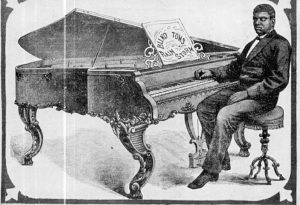 Thomas Greene Wiggins was born in 1849 to Mungo and Charity Wiggins, slaves on a Georgia plantation. He was blind and autistic, but a musical genius with a phenomenal memory. In 1850 Tom, his parents, and two brothers were sold to James Neil Bethune, a lawyer and newspaper editor in Columbus, Georgia. Tom made his concert debut at eight, performing in Atlanta.

In 1859, age of 10, he became the first African American performer to play at the White House for President James Buchanan. His piano pieces “Oliver Galop” and “Virginia Polka” were published in 1860. During the Civil War he was used to raise funds for Confederate relief. By 1865 16-year-old Tom Wiggins, now “indentured” to James Bethune, could play difficult works of Bach, Chopin, Liszt, Beethoven, and Thalberg. He also played pieces after one hearing, and memorized poems and text in foreign languages.

Bethune took Tom on a concert tour in Europe and he became an internationally recognized performer. By 1868 Tom and the Bethune family lived on a Virginia farm in the summer, while touring the United States and Canada the rest of the year, averaging $50,000 annually in concert revenue. James Bethune eventually lost custody of Tom to his late son’s ex-wife, Eliza Bethune. Charity Wiggins, Tom’s mother, was a party to the suit, but she did not win control of her son or his income.

Tweddle Hall was the pre-eminent concert venue in Albany on the corner of State St. and North Pearl St. for decades (a Citizen’s Bank is there today). It was mostly destroyed by fire in 1883, and then re-built as the Tweddle Building several years later, housing office and stores. (By now there were other concert venues.) The Tweddle Building was demolished circa 1912 to accomodate the expansion of the Ten Eyck Hotel, which was demolished circa 1970 for the bank, 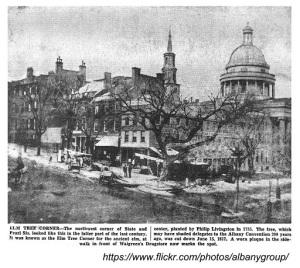 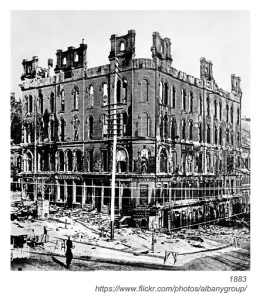 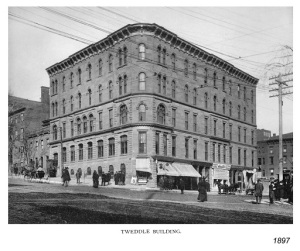 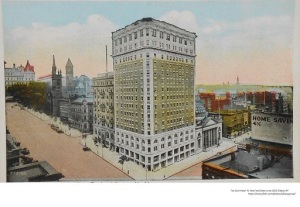 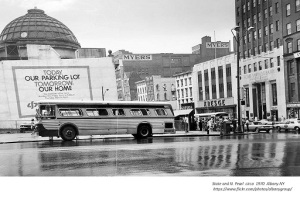