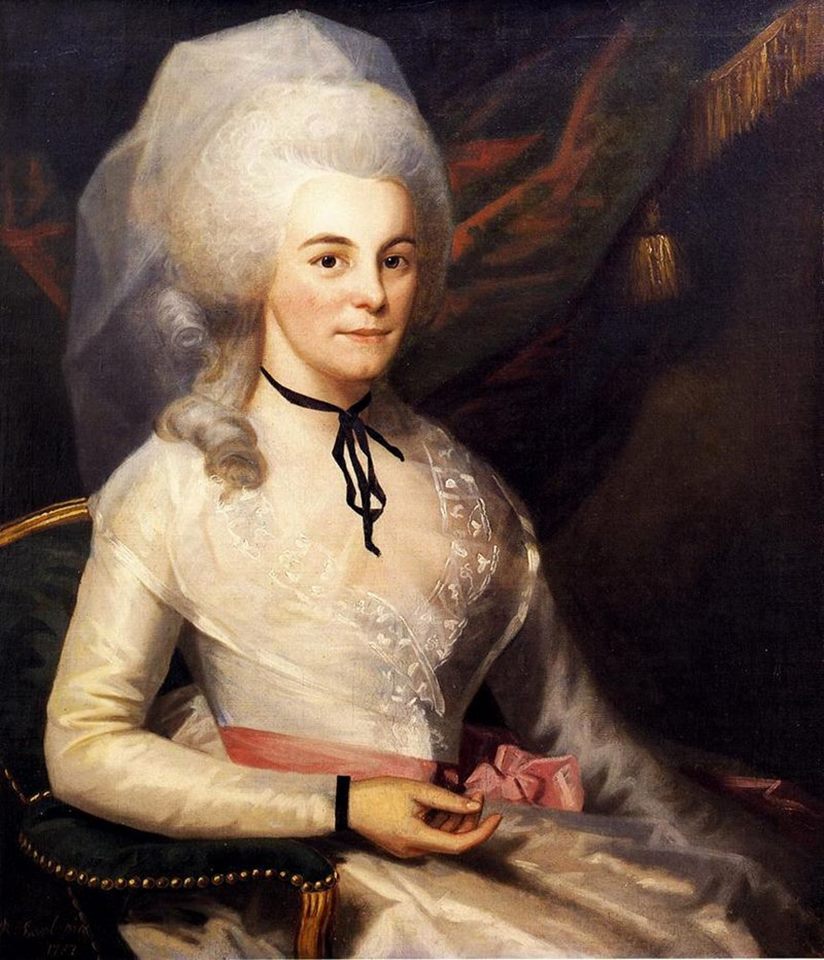 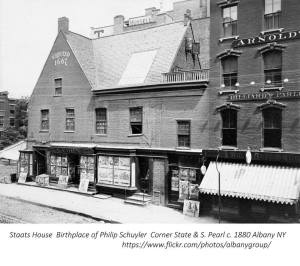 She was born August 9 in Albany in 1757 on the southeast corner of State and Pearl, in the heart of the City to General Philip Schuyler and Catherine Van Rensselaer Schuyler, in the ancestral home that had been built 100 years prior.

The family moved into a new house, the Schuyler Mansion in the Pastures, at the south end of the City limits when she was about 8.

In early 1780, while on a visit to her aunt in Morristown , N.J. she and Alexander Hamilton became a “thing”. 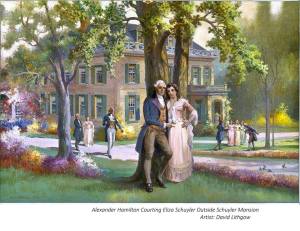 After a swift and intense courtship, they married later that year when she was 23 In December in the parlor of the Mansion.

Although Hamilton was killed tragically in the duel with Burr in 1804 Elizabeth lived another 50 years, devoted to charitable works and preserving her husband’s legacy.